“Last Call: The Shutdown of NYC Bars largely consists of interviews shot by documentarian Johnny Sweet and his team during spring 2020, when New York’s initial COVID-19 outbreak was still ongoing.” 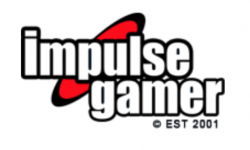 “For many people, their local watering hole is a beloved meeting place like the TV show “Cheers.” As the pandemic continues and we stare down the barrel of further lockdowns, these places mean even more to us. “Last Call: The Shutdown of NYC Bars” is an hour-long documentary that focuses on two such bars in Queens, New York. It is a moving look at the various struggles sustained by different individuals during the pandemic.”

The Hospitality Industry Fights to Survive During COVID-19 in Last Call: The Shutdown of NYC Bars’ Exclusive Trailer Premiere

“COVID-19 has not only impacted the health of the entire world, but also the social and economic livelihoods of those who work in and enjoy the New York City hospitality industry. The upcoming documentary, ‘Last Call: The Shutdown of NYC Bars,’ explores what happened when the entire industry was laid off in a single day last year.”

Coming soon to Theaters and Digital is a film directed by Kate Ryan Brewer (The Murder King) called Knots: A Forced Marriage Story. It will be available via The Laemmie both theatrically and Digitally on May 7, 2021. It will be followed by a wider Digital release on June 4, 2021.

Brewer reveals the disturbing truth about this problem in modern America through the complicated experience of three forced marriage survivors. Nina Van Harn, Sara Tasneem, and Fraidy Reiss share intimate details of their personal journeys of surviving, escaping, and ultimately becoming powerful voices in the historic fight to end the human rights abuse of forced marriage.

“Knots: A Forced Marriage Story” comes to The Laemmle’s digital platform on May 7 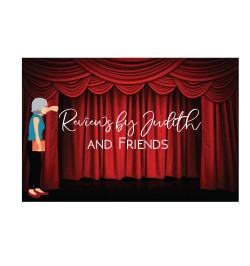 “‘Ham’. The title got me straight away. Then reading a little further … it is the life story of Outer Critics Circle, Drama League, Drama Desk, Tony nominated and platinum album selling, Sam Harris. Full titled Ham-A Musical Memoir it’s a film of his autobiographical stage show of the same name which was developed and directed by Tony and Emmy-Award winning actor, Billy Porter. What is not to love?” – Reviews By Judith

NEW TO TUBI! In Preston Taylor’s stand-up special Farm to TV, the comedian recounts his journey from his humble beginnings growing up in Texas to the present with his first comedy special.

TO WHOM IT MAY CONCERN!

In Manu Boyer’s To Whom It May Concern, empathy and understanding are at the center of a story anticipating the worst outcome of depression: suicide. Socially awkward and guarded, Anna (Dawn Olivieri) is a 30-year-old bartender with no foreseeable aspirations or social connections worth cherishing.

New movies to stream this week: ‘Senior Moment,’ ‘The Vault’ and more!

A suicidal bartender (Dawn Olivieri) falls for her neighbor’s boyfriend (Wilmer Valderrama) in “To Whom It May Concern.” 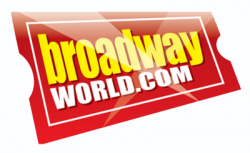 Watch the Trailer for FARM TO TV

FARM to TV is the first comedy special from up-and-coming comedian Preston Taylor as he shares stories about his upbringing in a small country farm town in Texas to his WILD days in Los Angeles.